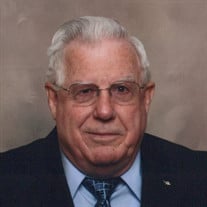 Wayne C. Sommerville, age 82, of Smith Avenue, Buckhannon, died Monday, May 18, 2020, at his home. He was born on June 13, 1937, at Auburn, WV, a son of the late Orla R. and Wanita L. Hinzman Sommerville. On May 2, 1959, he was united in marriage to Sue Alfred Sommerville, who survives. Also surviving are two daughters: Connie and husband Bill Painter and Donna and husband Richard Smith, both of Buckhannon; daughter-in-law Brenda Sommerville Schall; six grandchildren: William Jackson Painter, Christopher Wayne Sommerville, Deidre Nicole Painter Holcomb, Londes “Buck” Davis, Angela Sommerville Miller, and Chad Allen Smith; fourteen great grandchildren; one sister-in-law Louise Sommerville; and two brothers-in-law: Ron Alfred and wife Vicky and Gary Alfred and wife Kathryn. In addition to his parents, he was also preceded in death by one son David Wayne Sommerville, one brother Don Sommerville, one sister Ruth Sommerville, and his father- and mother-in-law: Carl and Marvell Alfred. Mr. Sommerville was a graduate of Harrisville High School and was retired from the oil and gas industry as a consultant. He was a member of the First Baptist Church of Buckhannon, the Franklin Lodge #7 A.F. & A.M., and was an avid outdoorsman who enjoyed hunting, fishing, and camping. He dearly loved his family and spending time with them, and will be sorely missed. The family will receive friends at the Heavner and Cutright Funeral Chapel on Thursday, May 21, 2020, from 5-7:00 PM. The funeral will be held on Friday, May 22, 2020, at 1:00 PM, at the Forest Lawn Memorial Gardens, US-19 North, Jane Lew, where interment will follow, with Pastor Jay Teodoro officiating.

The family of Wayne C. Sommerville created this Life Tributes page to make it easy to share your memories.

Send flowers to the Sommerville family.