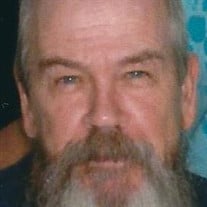 Thomas P. “Tommy” Albaugh, age 65, of Buckhannon died Sunday, September 30, 2018, at his home. He was born June 1, 1953, in Portsmouth, VA a son of the late Col. Cornelius C. “Neil” Albaugh, Jr. and Martha Page Albaugh. He was united in marriage on September 27, 1991, to Mary L. Evans Albaugh who survives. In addition to his father and mother, he was also preceded in death by his former father- and mother-in-law Bobby R. and Lenna M. McCartney. In addition to his wife, he is also survived by one son Thomas R. Albaugh and wife Naomi of San Antonio, TX; two daughters: Erin Page Anderson and husband Michael of Buckhannon and Erica Dupree and husband Drew of Woodbine, GA; two grandchildren: Hayden Page Anderson and Emma Rae Dupree; one brother Neil P. Albaugh and wife Joline of Tucson, AZ; one sister Katharine Gravelle of Tucson, AZ; one sister-in-law Debbie McCartney of Ventura, CA; several nieces and nephews; and also the sons of Tommy’s lifelong friends: Tyler Putzulu and R.J. and Drew Smallridge. Tommy was a former parts manager for World Wide Equipment. He was an avid hunter and fisherman and always enjoyed getting to go to the hunting camp at Bear Holler with friends of the family, where he also took part in making maple syrup. He was extremely artistic and one of his many talents was building wooden model ships. He had a fantastic sense of humor and was loved by everyone that knew him. Friends will be received at the Buckhannon Alliance Church on Friday, October 5, 2018, from 10:00 AM-2:00 PM; with a Celebration of Life service beginning at 2:00 PM, with Pastor Jeff Norris and the Rev. Robert F. Heavner officiating. Inurnment will be held at a later date at the Arlington National Cemetery in Arlington, VA. In lieu of flowers, donations may be made to the Stockert Youth Center for the gymnasium project at 79 East Main St., Buckhannon, WV 26201 in care of Debora Brockleman.

The family of Thomas P. "Tommy" Albaugh created this Life Tributes page to make it easy to share your memories.

Send flowers to the Albaugh family.