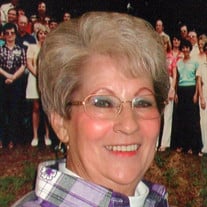 Sheila Mae Kelley, age 77, of French Creek, died Saturday, November 20, 2021, at St. Joseph’s Hospital in Buckhannon. She was born on October 1, 1944, in Buckhannon, a daughter of the late Charles William and Felcia Fern Lee. On September 2, 1963, she was united in marriage to James H. Kelley, Jr., who survives. Also surviving are their two daughters: Teresa and husband Lenny Lipson of Grovetown, GA and Felecia and husband Norbert Souza of Woodstock, VA; four grandchildren: Amanda, Latisha, Jessica, and Shelby; four great grandchildren: Raleigh, Caleb, Jax, and Gabriel; one brother Dempsey Lane and wife Barbara of Buckhannon; and multiple nieces and nephews. In addition to her parents, she was also preceded in death by two sisters and brothers-in-law: Meredith and William Evans and Carol Jean and James Esley Hayes, Sr. and two brothers and sisters-in-law: Dayton and Beatrice Lane and Charles and Lucille Lane. Mrs. Kelley was a graduate of Buckhannon-Upshur High School and was employed by the U.S. Government as a secretary for many years. She was a talented oil painter and enjoyed bowling and fishing. She was a member of the Fraternal Order of the Eagles Ladies Auxiliary. A graveside service will be held at 1:00 PM on Monday, November 29, 2021, at the Rock Cave Cemetery, with Pastor David Jessie officiating.

Sheila Mae Kelley, age 77, of French Creek, died Saturday, November 20, 2021, at St. Joseph&#8217;s Hospital in Buckhannon. She was born on October 1, 1944, in Buckhannon, a daughter of the late Charles William and Felcia Fern Lee. On September... View Obituary & Service Information

The family of Sheila Mae Kelley created this Life Tributes page to make it easy to share your memories.