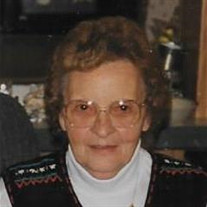 Sarah A. Wilmoth, age 81, of Buckhannon, died Monday, September 19, 2016, at Holbrook Nursing Home in Buckhannon. She was born on February 6, 1935, in Upshur County, a daughter of the late Clyde “Porky” and Lottie E. Simons Hinchman. On October 17, 1965, she was united in marriage to Vernon C. Wilmoth, who preceded her in death on September 22, 2005. In addition to her parents and husband, she was also preceded in death by four brothers: Clyde “Bugs” Hinchman, Jr., Teddy Joe Hinchman, Charles William Hinchman, and Paul Z. Hinchman; and six sisters: Margaret Lee, Anna Louise, Betty Lou, Carolyn Sue, Katherine Sue, and Charlotte. She is survived by one brother Terry Hinchman and wife Candy; three stepsons: Kenneth Wilmoth, Glen Wilmoth, and Ronald Wilmoth; nine step grandchildren; and four step great grandchildren. Mrs. Wilmoth was a very special sister and stepmother, who cared lovingly for her family. She was the former owner and operator of a flower shop in Clay County, WV, which brought her great joy and playing Bingo was a favorite activity of hers. The family will receive friends at the Heavner and Cutright Funeral Chapel on Thursday, September 22, 2016, from 11:00 AM-1:00 PM, the funeral hour, with the Rev. Robert F. Heavner officiating. Interment will follow in the Mt. Olive Cemetery at Hinkleville.

The family of Sarah A. Wilmoth created this Life Tributes page to make it easy to share your memories.

Send flowers to the Wilmoth family.