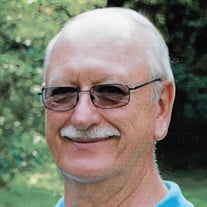 SFC (Army, Retired) Sammy Joe Eubank, age 64, departed this life on Thursday, August 11, 2016, at St. Joseph’s Hospital in Buckhannon. He was born on January 3, 1952, a son of the late Clarence and Nina Eubank. Mr. Eubank is survived by his wife Roberta (Bert) Eubank; three children: Kimberly of Atlanta, GA, Rick and wife Charliena of Buckhannon, and Samantha and husband BJ Rowan of Buckhannon; the light of his heart, his granddaughter, Morgan; one sister Vonda Hamner; one brother Robert and wife Mary Eubank; and numerous nieces, nephews, great nieces and nephews, and in-laws. In addition to his parents, he was preceded in death by one sister Eunice Campbell, and three brothers: Jess, Arnold, and Danny. Mr. Eubank retired from the military in 2004, with 35 years of service; the last 22 ½ years of service were Active Army. The family will receive friends on Saturday, August 13, 2016, from 4-9:00 PM, at the Heavner and Cutright Funeral Chapel. The funeral will be held on Sunday, August 14, 2016, at 2:00 PM, at the funeral chapel, with the Rev. Craig Smith and the Rev. Tim Lewis officiating. Interment will follow in the Lee Cemetery at Kanawha Head, where the Upshur County Honor Guard will conduct military honors. In lieu of flowers, donations may be made to the American Cancer Society or a worthy charity of your choice.

The family of Ret. SFC Sammy Joe Eubank created this Life Tributes page to make it easy to share your memories.

Send flowers to the Eubank family.