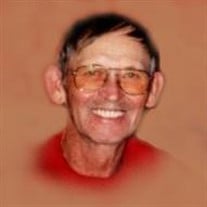 Roscoe Stanley “Rocky” Peck, age 88, of Rock Cave, died Friday, October 18, 2019, at his home. He was born on February 19, 1931, in Goshen, WV, a son of the late Tillman and Dolly Sines Peck. On January 20, 1958, he was united in marriage to Samanna Hamner Peck, who survives. Also surviving are two daughters: Beverly and husband Kevin Smith of Berea, OH and Melanie and husband Jeffrey Mercer of North Royalton, OH; two grandsons: Matthew Frank Johnson and Brendan Patrick Smith; one brother Willis C. Peck of French Creek; two sisters: Helen Peck of Rock Cave and Lois Jean McComb of Wichita, KS; and several nieces and nephews. In addition to his parents, he was also preceded in death by two sisters: Christine Adams and Patty Chidester; and one brother Ralph Peck. Rocky was a retired veteran of the U.S. Army, having served a span of twenty years, during WWII, Korea, and Vietnam. He was a member of the Rock Cave United Methodist Church, where he served as a trustee, and a member of the Rock Cave Masonic Lodge #81 A.F. & A.M. He enjoyed hunting, fishing, boating, playing pinochle, gardening, and spending time with his family. The family will receive friends on Tuesday, October 22, 2019, from 4-7:00 PM, at the Heavner and Cutright Funeral Chapel. The body will lie in state on Wednesday, October 23, 2019, at the Rock Cave United Methodist Church from 11:00 AM-12:00 Noon—the funeral hour, with Chaplain Jennifer Suehs-Vassel officiating. Interment will follow in the Salem Ridge Cemetery, where the Upshur County Honor Guard and the Rock Cave Masonic Lodge #81 A.F. & A.M. will conduct graveside rites. In lieu of flowers, donations may be made to the Rock Cave United Methodist Church, PO Box 126, Rock Cave, WV 26234.

The family of Roscoe Stanley "Rocky" Peck created this Life Tributes page to make it easy to share your memories.

Send flowers to the Peck family.