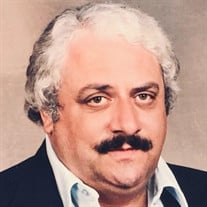 Ronald E. “Ron” Roth, age 70, died Thursday, November 5, 2020, at the J.W. Ruby Memorial Hospital in Morgantown. He was born on January 30, 1950, in Buckhannon, a son of the late Ralph E. and Lemoyne Dawson Roth. On October 10, 1970, he was united in marriage to Connie L. Hawkins Roth, who survives. Also surviving are one son Ronald E. Roth, II (Pete) and wife Michelle of Cross Lanes, WV; two grandsons: Conner Roth of Huntington (Marshall University) and Jacob Roth of Cross Lanes; one brother Neil Roth and wife Sue of Buckhannon; one brother-in-law Roger Johnston of French Creek; one sister-in-law Charlotte Hawkins of the Alton/Evergreen Road; and several nieces and nephews who were always very near and dear to his heart. In addition to his parents, he was also preceded in death by his father- and mother-in-law: Artie and Lola Hawkins; two brothers-in-law: Norman Hawkins and wife Anna Belle and Denver Hawkins; four sisters-in-law: Helen and husband James Alderman, Betty and husband Hugh Roy, Patty Johnston, and Bonnie H. and husband Junior Woody; and one nephew Andrew Roth. Ron was a Christian by faith and a member of the Buckhannon Church of Christ. He was a 1968 graduate of Buckhannon-Upshur High School and then attended Glenville State College for two years before graduating from the Career Academy School of Broadcasting in Columbus, Ohio in 1970. He was a veteran of the US Army and member of the American Legion. Ron was known to many radio listeners over the years as “Bob Edwards”. He worked in radio broadcasting for over 50 years, with on-air and administrative positions at area radio stations including WBUC, WHAR, WVHF, WELK, and WBRB. He also worked for 4-1/2 years at West Virginia Wesleyan College heading up a government grant to provide radio reading services to the blind, as well as college education courses on cassette and special radio band services. His distinct voice and charming personality earned Ron the honor of serving as Toastmaster and Emcee at many local events in Buckhannon and the surrounding area over the years, as well as providing the voice and production for several years’ worth of winning All-West Virginia city competition slide shows for the Buckhannon-Upshur Chamber of Commerce. According to his wishes, his body will be cremated and his remains interred in the WV Veterans Cemetery at Cross Lanes during a private family service. To listen to a compilation recording of "Bob Edwards", click here https://www.heavnerandcutright.com/obituaries/Ronald-Roth-3/#!/PhotosVideos/8cf80003-aca3-4421-8738-f6c8dc6b13db/0509ffba-f3f8-4b56-84c3-46b00a9b3e49

The family of Ronald E. Roth created this Life Tributes page to make it easy to share your memories.

Send flowers to the Roth family.