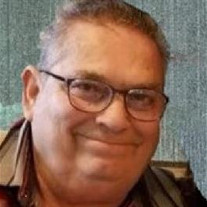 Robert D. “Bob” McKisic, age 76, of Shawnee Drive, Buckhannon, died Thursday, May 9, 2019, at his home. He was born March 14, 1943, in Massillon, OH, a son of the late Herbert Lester and Reba Belle Riffle McKisic. On June 21, 1963, he was united in marriage to Rosalea Reger McKisic, who survives. Also surviving are one daughter Teresa and husband Adam Halle of Buckhannon; two sons: Jerry McKisic and wife Susie and Terry McKisic and wife Mindi, all of Buckhannon; five grandchildren: Danielle and husband Brian Williamson of Portsmouth, VA, and Olivia, Braiden, Christian, and Kaley McKisic, all of Buckhannon; two great grandchildren: Amelia and Riley Williamson; one sister Karen and husband Robert Channell of Huttonsville; two brothers: Paul McKisic and wife Sue of French Creek and Steve McKisic and wife Tanya of Greenville, SC; and several nieces, nephews, and cousins. In addition to his parents, he was also preceded in death by three brothers: Richard, Herbert, Jr, and Beryl McKisic. Robert was a graduate of Buckhannon-Upshur High School and retired from Corhart Refractories as a Supervisor after 26 years of service. After retirement, he thoroughly enjoyed working as a truck driver for Penske Logistics. He was a member of the First Baptist Church, and loved music, especially Country and Western and 50’s. He was an avid racing fan, and attended car races frequently. He was a loving husband, father, grandfather, and friend and will be dearly missed by all those who knew him. The family will receive friends on Monday, May 13, 2019, from 4-8:00 PM, at the Heavner and Cutright Funeral Chapel. The funeral will be held on Tuesday, May 14, 2019, at 11:00 AM, at the funeral chapel with the Rev. Ralph Miller officiating. Interment will follow in the Beechtown Cemetery.

The family of Robert D. McKisic created this Life Tributes page to make it easy to share your memories.

Send flowers to the McKisic family.