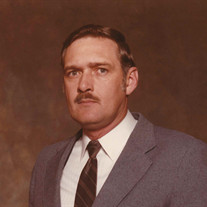 Robert A. Lewis, age 74, of the Waterloo Road, French Creek, died Wednesday, April 11, 2018, at his home. He was born on May 6, 1943, at Holly Grove, a son of the late John Andrew and Myrtle Catherine Sayre Lewis. On August 28, 1964, he was united in marriage to Ursula Ziervogel Lewis, who preceded him in death on April 28, 2001. In addition to his parents and wife, he was also preceded in death by one brother Johnny Lewis. He is survived by one daughter Janice and husband David Shaffer of Jane Lew; two sons Brian Lewis and wife Amy Nicole of Clintwood, VA and Carl Lewis and wife Patricia Dawn of French Creek; two sisters: Wanda and husband Bill Andrews of Mineral, VA and Kathy Lewis and companion Delmas Rose of Myrtle Beach, SC; one brother, Lee Lewis and wife Carolyn of Bulltown, WV; grandchildren: Brandon Richards, Brianna Richards, Amber Lewis, Holly Lewis, Johnathan Lewis, and Mason Andrew Lewis; step grandchildren: Josh Bise, Hadley Bise, and Maddy Hayes; great grandchildren: Cameron Lowndes and Beau Richards; several nieces and nephews; his special companion, Cindy Ware, and “half daughter” Mandy Ware and “half granddaughter” Kenzie. Mr. Lewis was a Vietnam veteran of the U.S. Army, a paratrooper, and bled for the 173rd Airborne. He was a life member of the French Creek DAV, Chapter 36, the VFW, and the Upshur County Honor Guard. He was a heavy equipment operator and was retired from the United Mine Workers. Hunting, fishing, camping, and spending time with his family were very special times for Robert. The family will receive friends on Saturday, April 14, 2018, from 2-6:00 PM, at the Heavner and Cutright Funeral Chapel. The funeral will be held Sunday, April 15, 2018, at 2:00 PM, at the Pleasant Dale Community Church with the Rev. Robert F. Heavner officiating. Interment will follow in the Pleasant Dale Cemetery, where the Upshur County Honor Guard will provide military honors.

The family of Robert A. Lewis created this Life Tributes page to make it easy to share your memories.

Send flowers to the Lewis family.