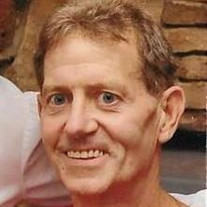 Randy Nelson, age 59, of Buckhannon, gained his heavenly reward on Sunday, August 30, 2015. He was born on Tuesday, October 11, 1955, in Upshur County, a son of Kathryn (Kay) Hudgins of French Creek and the late Roscoe Nelson, and grew up in Frenchton. He was united in marriage on October 28, 2000, to Jodi (Carpenter) Nelson who survives. Also surviving are two daughters: Cassie and husband George Patrick Andrews of Vienna, WV and Kristin and husband Josh Wilt of Buckhannon; one stepdaughter Tina and husband Allan Harman of Elkins; two grandsons: Tanner and Austin Andrews of Vienna; two granddaughters: Presley and Payton Wilt of Buckhannon; two step grandchildren: Abby and Easton Harman of Elkins; one brother Keith Nelson and wife Tish of Waynesboro, PA; one sister Joni Nelson-Howard of French Creek; stepmother Barb Nelson of French Creek; father- and mother-in-law Allen and Joyce Carpenter; and several nieces and nephews. Randy was most recently employed as a Greeter at Buckhannon Walmart. He was previously employed with Bethlehem Steel, Beth Energy, Rauer Coal, SW Jack Drilling, Union Drilling, and Development Drilling. He was an avid participant of the United Mine Workers Local #4172 and the Upshur County Christmas Store Board. He loved attending Christian Fellowship Church, was always excited to attend benefit auctions, or to contribute to local charities and fundraisers, and was a participant of the American Cancer Society’s Relay-for-Life event. He also was a sponsor of the Friends of Fort Liberte which sponsors children in Haiti so that they have food, shelter, and can attend school. The family will receive friends on Wednesday, September 2, 2015, from 1-8:00 PM, at the Christian Fellowship Church. The funeral will be held on Thursday, September 3, 2015, at 11:00 AM, at the Christian Fellowship Church with the Rev. J. Edward McDaniels officiating. Interment will follow in the French Creek Memorial Gardens. The family requests that in honor of Randy’s willingness to give, that no flowers be sent, rather, please make a donation to the Upshur County Christmas Store, American Cancer Society, or the Christian Fellowship Church Food Pantry in memory of Randy.

Randy Nelson, age 59, of Buckhannon, gained his heavenly reward on Sunday, August 30, 2015. He was born on Tuesday, October 11, 1955, in Upshur County, a son of Kathryn (Kay) Hudgins of French Creek and the late Roscoe Nelson, and grew up in... View Obituary & Service Information

The family of Randy Nelson created this Life Tributes page to make it easy to share your memories.

Send flowers to the Nelson family.