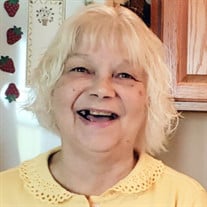 Miss Melissa Jo Cupp, age 69, of East Main Street, Buckhannon, died Friday, December 24, 2021, at Mon General Hospital in Morgantown. She was born on September 13, 1952, in McKeesport, PA, a daughter of the late Charles Robert and Mary Jane Bishop Cupp. In addition to her parents, she was also preceded in death by one brother James Bates Cupp. She is survived by her two sisters: Beth Post of Buckhannon and Megan and husband John Morgan of Jane Lew; one niece Ann Marie and husband Steve Street; one nephew Nicholas Robert Morgan; great niece Sarah Ann and husband Nathan Forman and their children Liam and Landon; great nephew Steven Street; best friend Betsy Levier; and countless other friends and former students. Melissa graduated from Buckhannon-Upshur High School with the Class of 1970. She then enrolled at WVU and received her B.S. degree in Education there in 1974, and began teaching English at Buckhannon-Upshur High School where she remained until her retirement 42 years later. She enjoyed trivia, history, and all aspects of the English language. And when the WVU Mountaineers, the Pittsburgh Pirates, or the Pittsburgh Steelers were playing, it was a certainty that Melissa would be cheering for them. She touched countless lives during her long career and will be lovingly remembered and dearly missed. A special thanks is extended to the staff of St. Joseph’s Hospital, Community Care, UHC, and Mon General for their compassionate care. The family will receive friends on Thursday, December 30, 2021, from 3-5:00 PM and 6-8:00 PM, at the Heavner and Cutright Funeral Chapel. A funeral will be held on Friday, December 31, 2021, at 1:00 PM, at the funeral chapel with the Rev. Dr. Ellis Conley officiating. Interment will follow in the Buckhannon Memorial Park. The family invites those attending services to wear WVU or Steelers attire and respectfully requests guests wear a mask or facial covering. In lieu of flowers, donations may be made to the American Diabetes Association or your local humane society.

The family of Miss Melissa Jo Cupp created this Life Tributes page to make it easy to share your memories.

Send flowers to the Cupp family.