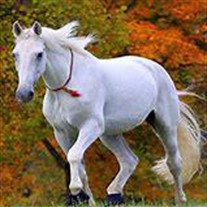 Mary Ann Griffin, age 87, of the Frenchton Road, French Creek, died Tuesday, February 5, 2019, at St. Joseph’s Hospital in Buckhannon. She was born April 13, 1931, in Frenchton, a daughter of the late Alva Warrick and Icy Lenora Heavner Malcolm. She is survived by her husband, the Rev. Mitchell L. Griffin, III, to whom she was united in marriage on October 15, 1973; one son, Mark Griffin; and several nieces and nephews. In addition to her parents, she was also preceded in death by two sisters: Zola Malcolm Karickhoff and Velva C. Malcolm Austin; and two brothers: Olin G. Malcomb and Franklin Noel Malcolm. Mary Ann was a member of the Mt. Olive United Methodist Church at Hemlock, the Red Hatters, the Rock Cave CEOS, and the Adrian VFD. She was an expert baker and cake decorator and a member of the International Cake Exploration Society. Mary Ann loved all animals, especially horses. The body will be cremated. A memorial service will be held on Monday, February 11, 2019, at 1:00 PM, at the Heavner and Cutright Funeral Chapel, with the Rev. Mitch Griffin officiating. A graveside service and interment will be held at a later date. In lieu of flowers, donations may be made to the Mt. Olive United Methodist Church, 1352 Palace Valley Road, Helvetia, WV, 26224.

The family of Mary Ann Griffin created this Life Tributes page to make it easy to share your memories.

Send flowers to the Griffin family.