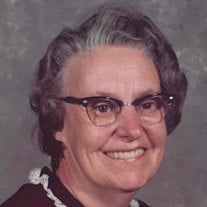 Marjory “Margie” Ruth Walton Sites, age 90, of Canaan, passed away peacefully on Tuesday, March 20, 2018, at the home of her sister, Joy Loudin, in Buckhannon after a short illness while under the care of Hospice. Our precious loving mother passed over into the loving arms of our heavenly Father with a big smile on her face to be with the angels and loved ones and is now at rest in Heaven. She was born May 23, 1927, at Eden, WV, a daughter of the late Alfred “Ted” and Maggie Elizabeth “Lizzie” Riley Walton. In addition to her parents, she was preceded in death by her former husband Dave W. Sites, Sr.; one daughter Barbara Louise Sites; one son-in-law Bobby Shreve; brothers and sisters-in-law: Basil, Macil and wife Ona, Landis and wife Goldie, French (Whick) and wife Bea, and an infant brother; sisters and brothers-in-law: Elsie and husbands Roy Hawkins and Clifford Fitzgerald , Lena and husband Harold Hardman, Kathryn and husband Bill Heater, and Pearl and husbands Clay Roby and John Linden; and two brothers-in-law: Kenneth Gregory and Richard Loudin. She is survived by two daughters: Carolyn and husband Joel Flory of Fairmont and Linda Shreve and fiancé Bud Moran of Georgetown, KY; one son Dave W. Sites, Jr. and girlfriend Peggy Lough of Rock Cave; two grandsons: Dave W. Sites, III and wife Donna of Buckhannon and Mack W. Sites and wife Michelle of Rock Cave; two granddaughters: Chanda Shreve and boyfriend Paul Powell of Lexington, KY and Gail Widmer and husband Matthew of Georgetown, KY; three step grandchildren: Anna and Adam Slaney, Cathy and Parker Grimes, and Peggy and Josh Ennis; four great grandchildren: Ethan, Ella, Molly, and William; six step great grandchildren: L.P., Cadence, Malia, Maddie, London, and Olivia; special nephew Roger Gregory; special niece Ellen Smith and several other nieces and nephews; and special friends: Louise and Terry Humphrey and Ruben Salinas. Margie was a homemaker who loved working outdoors, raising a garden, canning and working in her flower gardens. She also enjoyed making and quilting quilts and working word search puzzles. She was a member of the Eden Church as a child and later the Canaan Community Church. She was a very sweet and quiet person who loved her family and going to church. She loved traveling; the last trip was going to the Greenbrier in October where she went on a carriage ride with family. She also enjoyed her surprise 90th birthday party and liked to ride in the Rhino with her son. Friends will be received at the Heavner and Cutright Funeral Chapel on Friday, March 23, 2018, from 4-7:00 PM. Funeral services will be held on Saturday, March 24, 2018, at 1:00 PM, at the Canaan Community Church with Rev. Junior Harris officiating. Interment will follow in the Canaan Cemetery.

Marjory &#8220;Margie&#8221; Ruth Walton Sites, age 90, of Canaan, passed away peacefully on Tuesday, March 20, 2018, at the home of her sister, Joy Loudin, in Buckhannon after a short illness while under the care of Hospice. Our precious loving... View Obituary & Service Information

The family of Marjory "Margie" Ruth Walton Sites created this Life Tributes page to make it easy to share your memories.