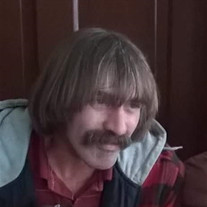 Loren Eugene Huffman, age 57, of the Newlonton Road, Selbyville, died Wednesday, August 16, 2017, at his home. He was born on January 26, 1960, a son of Clifton and Katherine Elena Huffman Shaw, who survive. On November 21, 1981, he was united in marriage to Roberta (Bert) Browning Huffman, who survives. Also surviving are one son Loren Ellis (Bub) Huffman of Brooks Hill; one daughter Misty Dawn Huffman of Selbyville; three grandchildren: Josh, Madison, and Easton Huffman; one sister Karen D. and husband Orville Collins of Selbyville; and several aunts, uncles, cousins, nieces, and nephews. He was preceded in death by one brother Darrell G. Bennett. Loren was the former owner and operator of B & L Store at Brooks Hill and had worked for the Carter Roag Coal Company. He enjoyed hunting, fishing, gardening both flowers and vegetation, and spending time with his grandchildren. The family will receive friends on Friday, August 18, 2017, from 10-11:00 AM, the funeral hour, at the Heavner & Cutright Funeral Chapel. Interment will follow in the Pleasant Dale Cemetery. In lieu of flowers, donations may be made to assist with the funeral expenses.

The family of Loren Eugene Huffman created this Life Tributes page to make it easy to share your memories.

Send flowers to the Huffman family.