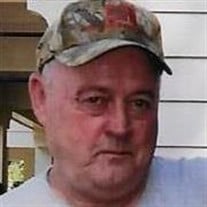 Lloyd William Staton, Jr., age 71, of the Reger Run Road, French Creek, died Sunday, September 11, 2016, at his home. He was born on June 26, 1945, in Cambridge, Maryland, a son of the late Lloyd William Staton and Kythal Marie Krueger Staton, who survives. In addition to his mother, he is also survived by one daughter Crystal and husband Quinn Loggins of Nashville, TN; two sons: Lloyd W. “Billy” Staton, III of Seaford, DE and David R. Staton of Kyle, TX; two step sons: Tom Pritchett of Bridgeville, DE and Tim Pritchett of Seaford, DE; and several grandchildren and great grandchildren. In addition to his father, he was preceded in death by his wife, Dianna Gay Staton, on June 4, 2015, and one brother Bobby Staton. Mr. Staton was retired from the U.S. Army, having served during the Vietnam War and was a member of the VFW. He enjoyed racing, hunting, and bowling. The family will receive friends at the Heavner and Cutright Funeral Chapel on Thursday, September 15, 2016, from 10-11:00 AM, the funeral hour, with the Rev. Wease Day officiating. Private interment will follow.

The family of Lloyd William Staton, Jr. created this Life Tributes page to make it easy to share your memories.

Send flowers to the Staton family.