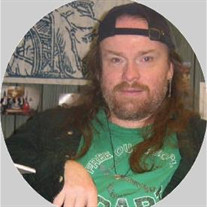 Kenneth Joseph Ervin died unexpectedly in his sleep on Saturday, October 13, 2007, in Morgantown. He was born in Buckhannon, West Virginia, on January 7, 1962. He is survived by his mother and stepfather, Velta Hibbs Carpenter and Gerald Carpenter. He was preceded in death by his father, Willard “Bill” Ervin. Ken has joined his grandparents in heaven, Williard and Opal Ervin and Roy and Vervel Hibbs. Ken was a 1982 graduate of Buckhannon-Upshur High School and had a bachelor’s degree in psychology, a master’s degree in rehabilitation counseling and master’s level course work in special education from West Virginia University. Ken was the Lead Advocate for the Northern West Virginia Center for Independent Living in Morgantown for more than ten years. He was a founder and state organizer for ADAPT WV and the Mountain State Direct Action Center. He served on the Consumer Advisory Committee for the Center for Excellence in Disabilities at West Virginia University where he reported on consumer advocacy issues. He was a long time member of the West Virginia Fair Shake Network, a member of the Olmstead Advisory Committee and the West Virginia ADA Coalition and provided service to many other state and national organizations. Ken Ervin was a totally committed disability rights advocate. He worked 24/7 to protect and honor the rights of people with disabilities. Governor Manchin said that, “Ken was the most passionate person I ever met.” Whether Ken was chaining himself to the fence of the White House in Washington, D.C., to a school flagpole in Monongalia County, or helping some one move out of nursing home, his commitment was beyond rhetoric – he lived what he believed. He is survived by his mother, Velta, and his stepfather, Gerald Carpenter, son, Wesley Baker, who made his home with Ken. Aunts and uncles, Glenna and husband Charlie Teets; Arlene Campbell; Teresa and husband Junior Phillips; and Rich and wife Patty Hibbs; Steven and wife Wilma Ervin. Stepbrother; Steve and Marilyn Carpenter and sons Travis and Dustin also survive. Special friend, David Long of Buckhannon. Ken also leaves legions of admirers, loving friends and coworkers, his “brothers and sisters” with disabilities, and all the people whose lives were touched by Ken’s work. Ken’s last written words were for an essay in honor of West Virginia’s Disability History Week, October 15-19. On Friday afternoon, October 12, he wrote: “Much can be done when we raise our voices and join together. We cannot simply stand by and wait for someone else to take action. We must make our own history.” Visitation will be Wednesday, October 17, 2007, from 6-8 PM at the Heavner Cutright Funeral Chapel. Funeral services will be held at the Heavner & Cutright Funeral Chapel on Thursday, October 18, 2007, at 2:00 PM, with Rev. Donald Butcher and Pastor David Jessie officiating. Interment will follow in the Sand Run Baptist Cemetery.

Kenneth Joseph Ervin died unexpectedly in his sleep on Saturday, October 13, 2007, in Morgantown. He was born in Buckhannon, West Virginia, on January 7, 1962. He is survived by his mother and stepfather, Velta Hibbs Carpenter and Gerald Carpenter.... View Obituary & Service Information

The family of Kenneth Joseph Ervin created this Life Tributes page to make it easy to share your memories.

Kenneth Joseph Ervin died unexpectedly in his sleep on Saturday,...

Send flowers to the Ervin family.