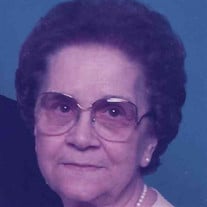 Juanita Bunner, age 87, of Buckhannon, and formerly of the Czar Community, died Tuesday, December 5, 2017, at her home. She was born on October 10, 1930, at Czar, a daughter of the late Macel Thornton and Thelma Mildred Smith Heater. On April 28, 1951, she was united in marriage to Paul Ruscian Bunner, who preceded her in death on January 12, 2008. In addition to her parents and husband, she was also preceded in death by three brothers: Billy, Charles, and Morris Heater. She is survived by four daughters: Sharon and husband Rick Wright of Buckhannon, Brenda and husband David Shannon of Buckhannon, Jo Ella and husband Don Wills of French Creek, and Peggy and husband Marty Hyre of Rock Cave; five grandchildren: Carrie Shannon Stark and husband Dane of Buckhannon, Mica Johnson and husband Jamie of Rock Cave, Ruscian Hyre of Buckhannon, Jennifer Muraga and husband Alex of Manchester, MD, and Sarah Wills of Rock Cave; four great grandchildren: Julianna and Garrett Stark, Kadyn Hyre, and Ethan Muraga; one step granddaughter Lesley Slaughter of Weston; and two step great granddaughters: Shelby and Sidney Slaughter. Mrs. Bunner was a homemaker and a Methodist by faith. She will long and lovingly be remembered as a devoted wife, a caring mother, and a doting grandmother, who loved her family dearly. Her love was shown in many ways, especially in all the delicious foods she prepared, but her apple dumplings and homemade bread were enjoyed most of all. The quilts she so painstakingly fashioned will remain a testament to her skill and talent as a quilter. She also enjoyed interacting and socializing with the public, particularly during the time she worked at the Hütte Restaurant in Helvetia. She was a member of the Beech Mountain Sportsmen’s Club and the Farm Women’s Club of Helvetia. The family will receive friends on Friday, December 8, 2017, from 10:00 AM–12:00 PM, the funeral hour, with Pastor David Jessie officiating. Interment will follow in the Pine Grove Cemetery at Czar.

Juanita Bunner, age 87, of Buckhannon, and formerly of the Czar Community, died Tuesday, December 5, 2017, at her home. She was born on October 10, 1930, at Czar, a daughter of the late Macel Thornton and Thelma Mildred Smith Heater. On April... View Obituary & Service Information

The family of Juanita Bunner created this Life Tributes page to make it easy to share your memories.

Juanita Bunner, age 87, of Buckhannon, and formerly of the Czar...

Send flowers to the Bunner family.