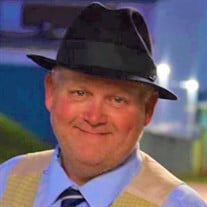 Joseph Lee Runyon, age 46, of the Brooks Hill community, French Creek, died Friday, September 10, 2021, at the J.W. Ruby Memorial Hospital in Morgantown. He was born on December 16, 1974, in South Williamson, KY, a son of Chester Runyon, who survives, and the late Linda Geraldine Napier Runyon. In addition to his father, he is also survived by one sister Eva and husband Daniel Friend of Rock Cave; two brothers: Crayton Runyon and wife Sandra of Williamson, WV and Taulby Runyon and wife Emily of Cleveland, TN; former wife Kim Reed; step children: Danielle, Kayla, and Josh; special niece: Lara AnnaBeth Runyon; several other nieces and nephews; and special friends: Nick and Sam Wilfong and Brooke. In addition to his mother, he was also preceded in death by his paternal grandparents Jim and Lorraine Runyon and maternal grandparents Taylor and Eva Napier. Joe was a member of the Selbyville VFD, the American Saddlebred Association, the Brooks Hill Hunting Club, and the Buckhannon Elks Lodge #1763. He loved to hunt and show horses. The family will receive friends on Wednesday, September 15, 2021, from 5-8:00 PM at the Heavner and Cutright Funeral Chapel. The funeral will be held on Thursday, September 16, 2021, at 11:00 AM, at the Good Hope Tabernacle with Pastor Holly J. Hoover officiating. Interment will follow in the Runyon Memorial Cemetery at Brooks Hill. **The family requests those attending services please wear facemasks.**

The family of Joseph Lee Runyon created this Life Tributes page to make it easy to share your memories.

Send flowers to the Runyon family.