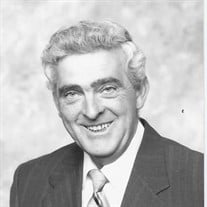 James “Harold” Wireman, age 74, of French Creek, died Wednesday, April 13, 2016, at the Louis A Johnson VA Medical Center in Clarksburg. He was born on June 25, 1941, in Pilot, Kentucky, a son of the late James William and Ruby Townsend Wireman. He was united in marriage on September 4, 1970, to Gathel Carpenter Wireman, who survives. In addition to his wife he is survived by one son Phillip and wife Margie Wireman of Jane Lew and one daughter Lisa Wireman of Weston; five grandchildren: Xavier Lewis, Logan and Mawell Wireman and Michael and Samuel Stalnaker; two special granddaughters whom he loved like his own: Crystal Linger of Buckhannon and Kimmie and husband Dylan Cook of Front Royal, VA.; one brother Kenneth Wireman of Stanton, KY; four sisters: Josephine Fields of West Melton, OH, Carolyn Coffman of Pottsdam, OH, Yvonna Lockard of Sheffield Lake, OH and Lemoise Tyra of Pines Ridge, KY; several nieces and nephews also survive. In addition to his father and mother he was preceded in death by one brother Glenn Wireman. Mr. Wireman was an avid outdoorsman and loved hunting and fishing. He served in the United States Army. He was a member of the French Creek DAV. Friends will be received at the Heavner & Cutright Funeral Chapel on Saturday, April 16, 2016 from 5-8:00 PM. Funeral services will be held on Sunday, April 17, 2016 at 1:00 PM at the Heavner & Cutright Funeral Chapel with Pastor John Darnall officiating. Interment will follow in the French Creek Memorial Gardens. The Upshur County Honor Guard will conduct military services at the graveside.

The family of James Harold Wireman created this Life Tributes page to make it easy to share your memories.

Send flowers to the Wireman family.