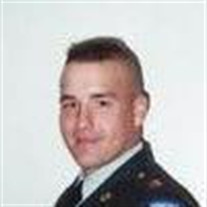 Isaac “Ike” Merlin Clickman, age 37, of Buckhannon, died Thursday, October 29, 2015, at Ruby Memorial Hospital in Morgantown. He was born on August 23, 1978, in Albany, NY. He is survived by his father, Allan Clickman of New York, and his mother and stepfather, Joanne and Robert “Buff” Bushnell of New York. He was united in marriage on February 24, 2002, to April Renae Amelotte Clickman who survives. Also surviving are one daughter Kaleigh Clickman of Buckhannon, one son Joshua Amelotte and fiancée Sondra Sprouse, both of Buckhannon; one grandson Kal-El Amelotte; two brothers: Allan Levi Clickman and Jason Clickman, both of NY, mother-in-law Diane L. Pringle of French Creek and father-in-law Charlie Pringle of French Creek; three sisters-in-law: Melissa and Bill Paradis and children Kaitlynn and Dakota all of Maine, Valerie Enaire of Buckhannon and daughter Mariah of Maine, Brenda and Tim Sines and children Chasity and Maceala of Buckhannon; brother-in-law Chuck and Cathy Pringle and daughter Journey of French Creek. Isaac served in the United States Army as a Sergeant, having been stationed at Fort Benning, Georgia Friends will be received at the Heavner & Cutright Funeral Chapel on Monday, November 2, 2015, from 11-12:00 PM, the funeral hour, with Rev. Wease Day officiating. The Upshur County Honor Guard will conduct military honors at the funeral chapel following the service. At the conclusion of the services, the family is honoring his wishes for cremation.

The family of Isaac "Ike" Merlin Clickman created this Life Tributes page to make it easy to share your memories.

Send flowers to the Clickman family.