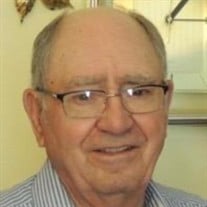 Hunter Roosevelt Anderson, age 87, of Flatwoods Run, Rock Cave, died Tuesday, September 8, 2020, at his home. He was born on November 6, 1932, in Webster County, a son of the late Floyd and Francsenna Perrine Anderson. On April 28, 1956, he was united in marriage to Ellen “Jayne” Rice Anderson, who preceded him in death on October 8, 2017, after 61 years of marriage. In addition to his parents and his wife, he was also preceded in death by two sisters: Rose Cutlip and Vanna Cogar; three brothers: Roland, Dolan, and Loren Anderson; and four half-brothers: Ora, Ferry, Flay, and Willard Anderson. He is survived by two daughters: Carla and husband Bill Sigsworth of North Ridgeville, OH and Annette and husband Jason Hyre of Rock Cave; one grandson Luke Hyre of Rock Cave; three sisters: Peg Daniel of Tennessee, Dottie Anderson of Buckhannon, and Louise Anderson of Buckhannon; one brother Floyd Junior Anderson of South Carolina; and several nieces and nephews. Hunter was a Christian by faith and attended the Good Hope Tabernacle Church. He was a veteran of the US Army, having served during the Korean War. Before returning to West Virginia, he owned and operated Banner Vending in Ohio for several years; then together with his wife, he owned and operated the restaurant in Rock Cave, Anderson’s Place, for 17 years. His commitment to the community was evidenced by the countless ways he volunteered his time and service to the following organizations and activities: Banks District Volunteer Fire Department, Southern Upshur Business Association (as a charter member), Upshur County Fair Association, the restoration of Fidler’s Mill, and the construction of the Tri-County Health Clinic. Woodworking, hunting, and fishing were favorite pastimes of his. Hunter’s proudest times were watching his grandson Luke car race and he was team H20’s number-one fan. The family will receive friends at the Good Hope Tabernacle on Friday, September 11, 2020, from 12-1:00 PM—the funeral hour, with Pastor Holly J. Hoover officiating. Interment will follow in the Canaan Cemetery where the Upshur County Honor Guard will provide military rites. In lieu of flowers, the family requests donations be made to the charity of your choice.

Hunter Roosevelt Anderson, age 87, of Flatwoods Run, Rock Cave, died Tuesday, September 8, 2020, at his home. He was born on November 6, 1932, in Webster County, a son of the late Floyd and Francsenna Perrine Anderson. On April 28, 1956, he... View Obituary & Service Information

The family of Hunter Roosevelt Anderson created this Life Tributes page to make it easy to share your memories.

Send flowers to the Anderson family.