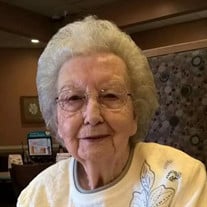 Hildred Sisk, age 91, passed away peacefully at her home in French Creek, on Sunday, June 9, 2019, following a brief illness. She was born in Cleveland, WV on October 10, 1927, a daughter of the late Arthur and Lula Wilson. On June 8, 1946, she married Bernard Chidester and they had seven children. She is survived by four sons: Dale Chidester and wife Robin of Buckhannon, Dennis Chidester of Rock Cave, Carl Chidester and wife Marlene of Rock Cave, and David Chidester and wife Shelia of Stanley, VA; three daughters: Susan and husband Jim Westfall of Rock Cave, Marie and husband Rad Lewis of French Creek, and Janette and husband Randall Kocsis of Enterprise, WV; 17 grandchildren; 23 great grandchildren; two stepsons: Jim and Joe Sisk; one stepdaughter Gail Bowman; one brother Art Wilson of Holly Grove; and one sister Dora Neely of Wilsontown. In addition to her parents, she was also preceded in death by four brothers: Carl Wilson, Monter Wilson, Hobert Wilson, and Vern Wilson; three sisters: Doris Lough, Millie Chidester, and Esta Cremeans; and her three husbands: Bernard Chidester, Orval McCauley, and Charles Sisk. Hildred was a loving mother and a friend to all who knew her. Her faith was unwavering and she is now with the angels in heaven. She was able to remain in her home because of the excellent and loving care of her daughter Marie and special son Rad. She was a member of the Rock Cave Baptist Church and attended faithfully whenever health and weather permitted. The family will receive friends on Wednesday, June 12, 2019, from 5-8:00 PM, at the Heavner and Cutright Funeral Chapel. The funeral will be held on Thursday, June 13, 2019, at 1:00 PM, at the funeral chapel with the Rev. Ralph Miller, Gary Gaunt, and Pastor David Jessie officiating. Interment will follow in the Rock Cave Cemetery.

The family of Hildred Grace Sisk created this Life Tributes page to make it easy to share your memories.

Hildred Sisk, age 91, passed away peacefully at her home in French...

Send flowers to the Sisk family.