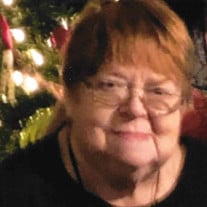 Hazel Irene Kelley, age 83, of Tallmansville, died Saturday, April 13, 2019, at Holbrook on the Hill in Buckhannon. She was born January 21, 1936, at Czar, WV, a daughter of the late Abraham L. and Myrtle Snyder Cutright. On August 7, 1953, she was united in marriage to Ernest Jay Kelley, who preceded her in death on April 25, 1993. In addition to her parents and her husband, she was also preceded in death by five siblings: Pauline Kelley, Grace Conrad, Gladys Cutright, Floyd Cutright, and an infant brother. She is survived by one daughter Julie and husband Mark Gabriel of Buckhannon; one son Rick Kelley and wife Sherry of Buckhannon; five grandchildren: John Kelley and wife Tammy, Jason Kelley and wife Jenna, Billy Kelley and partner Taylor, Stephanie Gabriel, and Brandon Gabriel; seven great grandchildren: Sophia, Caroline, Lucy, Lillian, Madison, Megan, and Tyler; one sister Francis McKinney; and several nieces and nephews. Mrs. Kelley was a member of the Buckhannon Church of Christ. She was a woman of many talents, including quilting, cooking, baking, and gardening, and loved to tend her flower gardens—especially her roses. She was also an avid TV-watcher in her later years. Most of her life was spent as a homemaker caring for her children and grandchildren, by whom she will be dearly missed. The family will receive friends on Sunday, April 14, 2019, from 5-8:00 PM, at the Heavner and Cutright Funeral Chapel. The funeral will be held on Monday, April 15, 2019, at 10:00 AM, at the funeral chapel with the Rev. Darell Toothman and David Hawkins officiating. Interment will follow in the Tallmansville Baptist Cemetery.

The family of Hazel Irene Kelley created this Life Tributes page to make it easy to share your memories.