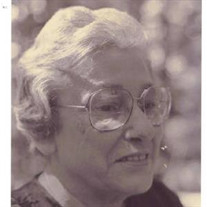 Frances Ann Blankenship of Buckhannon and formerly of Weston lost a long battle with cancer on January 30, 2008 at her residence under the care of St. Joseph’s Hospice. She was born January 11, 1934 a daughter of the late Ira “Brooks” Keith and Bonnie “Marie” Keith. She was preceded in death by her husband, Ray “Toby” Blankenship in October, 1974. She is survived by one son; Rick and wife Sharon Wright of Buckhannon, stepdaughter, Sandra Blankenship Duke and husband John of Winchester, VA, stepson; Thomas Blankenship and children. Grandchildren; Lesley Wright Slaughter and husband Jason, Ashley Wright Avington and husband Justin of Weston and Austin and Lauren Duke of Winchester, VA. Great grandchildren; Shelby, Sidney, Connor, Isaac, Mallory and Jaccob all of Weston. One sister, Delores Villers of West Milford and Brother, Gary Keith of New Martinsville, WV and several nieces and nephews. In addition to her parents and her husband, she was preceded in death by one sister, Carolyn Niday Hileman. Mrs. Blankenship was employed with the West Virginia American Water Company, Criss Manor and retired from Alkahn Label in Weston. She enjoyed listening to gospel and country music, spending time at the Sage Brush Round-up in Fairmont, playing cards and mostly spending time with her family and friends. She was a Christian by faith and a member of the Broad Street United Methodist Church. Friends will be received at the Heavner & Cutright Funeral Chapel in Buckhannon on Saturday, February 2, 2008, from 10:00 AM to 12:00 Noon, with funeral services at 2:00 PM with Rev. Clifford West officiating. Interment will follow in the Forest Lawn Memorial Gardens. In lieu of flowers, donations may be made in memory of Frances to the CMA of West Virginia, PO Box 1709, Fairmont, WV 26554.

Frances Ann Blankenship of Buckhannon and formerly of Weston lost a long battle with cancer on January 30, 2008 at her residence under the care of St. Joseph&#8217;s Hospice. She was born January 11, 1934 a daughter of the late Ira &#8220;Brooks&#8221;... View Obituary & Service Information

The family of Frances Ann Blankenship created this Life Tributes page to make it easy to share your memories.

Frances Ann Blankenship of Buckhannon and formerly of Weston...

Send flowers to the Blankenship family.