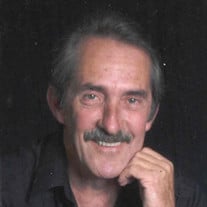 Ernest Glen “King Fish” Fisher, age 66, of the Mt. Nebo Community, passed away Thursday, December 9, 2021, at the J.W. Ruby Memorial Hospital in Morgantown. He was born on January 1, 1955, a son of the late James Glen “Blue” and Cosbie Rebecca Crawford Fisher. In addition to his parents, he was preceded in death by his maternal grandparents Loy A. and Opal Helmick Crawford and his paternal grandparents William Tazwell and Estella Blake Fisher. He is survived by his son Dustin Todd Fisher of Mt. Clare; three brothers: James Edward Fisher and wife Barbara of Buckhannon, Thomas Mark Fisher and wife Ethel “Sis” of Rock Cave, and Randall Lee Fisher of Buckhannon; three sisters: Zelda Ruth and husband Robert Hawkins of Buckhannon, Jewel Lynn Fisher of Buckhannon, and Nancy Kay Fisher White of French Creek; his girlfriend Lucille Wilfong of the Mt. Nebo Community; her sons: Terry Crowl of Weston and Tim Crowl of Mt. Nebo Community; special aunt Lorma Kay and husband Edward Rumph and children Chris and Christie of Marion, Ohio and Tina Tuttle of Tuscan, AZ; uncles Johnnie Crawford of Elyria, OH and Kenneth Crawford of Kanawha Head; Lona Crowl and daughters Emma, Sadie, and Molly of Buckhannon; Kurry Crowl of Buckhannon; and several nieces, nephews, great nieces and nephews, cousins, aunts, and uncles. Glen graduated from Buckhannon-Upshur High School with the Class of 1973. He was employed by Bruffey Trucking of Walkersville as a truck driver. Most of his life was spent behind the wheel of a dump truck or an 18-wheeler. He enjoyed spending time with family and friends and riding his motorcycle. He loved bowling, playing cards, hunting, and he considered himself the best at cornhole with Treyson Crowl as his partner. He also loved to sing karaoke. He was a Christian by faith. The family will receive friends at the Heavner & Cutright Funeral Chapel on Monday, December 13, 2021, from 4-8:00 PM. The funeral will be held at the funeral chapel on Tuesday, December 14, 2021, at 11:00 AM, with Pastor Holly J. Hoover officiating. Interment will follow in the Lee Cemetery at Kanawha Head.

The family of Ernest Glen "King Fish" Fisher created this Life Tributes page to make it easy to share your memories.

Send flowers to the Fisher family.