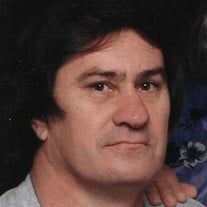 Edward Wesley “Eddie” Smith, age 59, of Ellis Creek Road, French Creek, died Wednesday, June 22, 2016, at his home after an extended illness. He was born on November 9, 1956, in Buckhannon, a son of the late Charles W. “Buster” Smith and Iris Smith, who survives at Ellamore. In addition to his mother, he is also survived by his wife of 36 years, Pauline Allen Smith, to whom he was united in marriage on August 29, 1979; five sons: Eddie Smith and wife Rachelle of Alton, Charlie Smith and wife Nicky of French Creek, Joey Smith of French Creek, Sam Smith and companion Sierra Edwards of Tennerton, and William Smith and wife Lisa of Alton; four daughters: Rosetta and husband RJ Alderman, Rebecca and husband Billy Gillum, Mary Smith and companion George Tenney, and Sherri Smith all of French Creek; special grandson Lucas (Luke) Smith along with fifteen other grandchildren: Tatum Riley Smith and Dalton Smith of Alton, Chase Smith, Hunter and Kendra Alderman of French Creek, Nathan and Wesley Smith of French Creek, Harlee, Noah, and Abby Gillum of French Creek, Breanna Wells Smith of Buckhannon, Walker and Austin Smith of Buckhannon, and Mia Jo Smith and Samuel M. Smith, Jr. of Elkins; one brother Eugene Smith and wife Katy of Ellamore; three sisters: Kathern and husband David Burkhammer of Volga, Gladys and husband John Riley of Crawford, and Hilda and husband James Bailey of Rock Cave; and several nieces, nephews, cousins, and in-laws. In addition to his father, he was preceded in death by one daughter Carrie Dawn Smith, one nephew Carl Ray Smith, one niece Carrie Ann Riley, and several aunts, uncles, and cousins. Mr. Smith loved farming and caring for the animals on the farm. The family will receive friends on Friday, June 24, 2016, from 4-8:00 PM, at the Heavner and Cutright Funeral Chapel. The funeral will be held on Saturday, June 25, 2016, at 11:00 AM, at the funeral chapel with Pastor Will Kerns officiating. Interment will follow in the Lanham Cemetery at Queens. Online condolences may be extended to the Smith family at www.heavnerandcutright.com The Smith family has entrusted the Heavner and Cutright Funeral Chapel with the arrangements.

The family of Edward Wesley "Eddie" Smith created this Life Tributes page to make it easy to share your memories.

Send flowers to the Smith family.