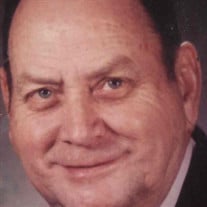 Donald L. Long, age 85, of Rock Cave, the Arlington Community, passed away peacefully Saturday, September 8, 2018, at St. Joseph’s Hospital, surrounded by his wife and family. He was born at Gaines, Upshur County, on August 29, 1933, a son of the late Joe A. and Ruth Hamner Long. In addition to his parents, he was preceded in death by his first wife Pattie Maude Pritt Long; two sisters: Ellen Jean Bennett and Martha Jane Leuszler; and six brothers: Andrew Dixon Long, Burl Long, Davis Ross Long, Thomas Joe Long, John Allen Long, and Kermit Dale Long. On February 14, 1993, he was united in marriage to his second wife, Martha Crawford Powers Long, who survives. Also surviving are four step sons: Terry and wife Sharon Powers of Rock Cave, Tink and wife Jennifer Powers of Buckhannon, Abel C. and wife Sherry Powers of Rock Cave, and Larry Powers of Rock Cave; seven step grandchildren; several step great grandchildren; one brother Basil Long of Rock Cave; three sisters: Barbara Ferren of Shinnston, Rita and husband Carl Watson of Ireland, WV, and Caroline Long of Buckhannon; and several nieces and nephews. Don was a graduate of Buckhannon-Upshur High School and upon graduating, served in the United States Army during the Korean Conflict. After serving his county, he was employed by Armco Steel in Pennsylvania for several years. He later retired from Moore Business Forms where he had been a supervisor. He was an active member of the Salem Ridge United Methodist Church where he had served as Sunday School Superintendent and was actively involved in overseeing church addition projects. Don was a 32nd degree Mason and member of the Rock Cave Masonic Lodge #81 A.F. & A.M., where he recently received his fifty-year member pin, and was also a Shriner. He loved woodworking, and was an avid fisherman and had made various trips to Alaska with his fishing buddies, Tracey Segur and Dr. Hunter of Webster Springs. Don’s love for his family, community, and church, and his sense of humor will be missed by all who knew him. Friends will be received at the Heavner and Cutright Funeral Chapel on Tuesday, September 11, 2018, from 5-7:00 PM. Mr. Long will lie in state on Wednesday, September 12, 2018, from 2-3:00 PM, the funeral hour, at the Salem Ridge United Methodist Church with the Rev. Sue Lowther officiating. Interment will follow in the Salem Ridge Cemetery, where the Rock Cave Masonic Lodge #81 A.F. & A.M. will conduct masonic graveside rites and the Upshur County Honor Guard will conduct military honors. In lieu of flowers, donations may be made to the Salem Ridge Cemetery, care of Jeanne Phillips, 153 KD Drive, Rock Cave, WV 26234.

The family of Donald L. Long created this Life Tributes page to make it easy to share your memories.

Send flowers to the Long family.