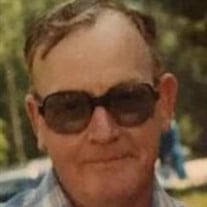 Clarence Edward “Red” Clutter, age 87, of Buckhannon, died Monday, May 16, 2022, at Holbrook Healthcare Center in Buckhannon. He was born on July 11, 1934, in Centralia, WV, a son of the late Bert and Mona Robinson Clutter. In addition to his parents, he was also preceded in death by his wife, Gleneva Mae “Marty” Sparks Clutter; one son Timothy Clutter; twin brother Lawrence Clutter and brothers: William Burton, Freddie, Kenneth, John, and Wayne Clutter; sisters: Mildred Petty and Grace Ann; brothers-in-law: Elmer Mace, Jim Barger, and David Young. He is survived by two daughters: Carol Burr Potts of Buckhannon and Marilyn Burr Lancaster of Wirtz, VA; three brothers: Jim Clutter and wife Linda, David Clutter, and Bruce Clutter and wife Hilda; one sister Suzie Young; and numerous nieces and nephews. Red a veteran of the US Air Force and was a coal miner for much of his life, having been employed by Upshur Coal. He was also an avid fisherman. At the request of the deceased, the body will be cremated. A graveside service will be held on Friday, June 3, 2022, at 11:00 AM, at the Buckhannon Memorial Park with Pastor Holly J. Hoover officiating. The Upshur County Honor Guard will conduct military honors.

The family of Clarence Edward "Red" Clutter created this Life Tributes page to make it easy to share your memories.

Send flowers to the Clutter family.