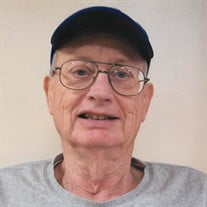 Chester Eric “Chet” Wentz, age 75, formerly of Buckhannon, died Wednesday, March 21, 2018, at the West Virginia Veteran’s Nursing Care Facility in Clarksburg. He was born on December 2, 1942, at Ellamore, a son of the late Harold Burton and Thelma Jane Loudin Wentz. In addition to his parents, he was also preceded in death by one son Derek Wentz, one grandson Derek William Wentz, and one brother Randall Wentz. He is survived by two sons: Daniel Wentz and wife Amy of Buckhannon and David Wentz and wife Miranda of Eagle River, Alaska; four grandchildren: Ashton, Kasey, Nora, and Waylon; one sister Niska and husband Roger Wilfong of Rock Cave; and two brothers: Gary Wentz and wife Gayleen of Clarksburg and Paul Wentz and wife Sandy of Chambersburg, PA. Chet was an avid outdoorsman who enjoyed hunting and fishing, a dedicated ornithologist—a true lover of birds, and spent years passing on his knowledge of birds and the outdoors to countless young men in Boy Scouts. He was a veteran of the U.S. Air Force and during his time in the service was responsible for testing space equipment for NASA astronauts, including John Glenn. He was formerly employed by Moore’s Business Forms, Ingersoll-Rand, and the DNR, but spent most of his working life as a self-employed contractor and handyman, where he was able to realize his talents as a builder and tinkerer. At the request of the deceased, his body was cremated. A gathering of family and friends will be held on Saturday, March 24, 2018, from 2-4:00 PM, at the Heavner and Cutright Funeral Chapel. In lieu of flowers, donations may be made for the care and protection of birds to the National Audubon Society at 225 Varick St, 7th Fl., New York, NY 10014.

The family of Chester Eric "Chet" Wentz created this Life Tributes page to make it easy to share your memories.

Send flowers to the Wentz family.