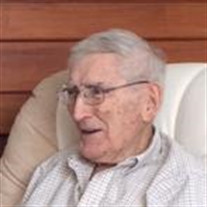 Charles R. Marks, age 87, of Boggess Street, Buckhannon, died Friday, March 3, 2017, at his home. He was born in Gilmer County on August 8, 1929, a son of the late James Orval and Maysel Bourn Marks. On July 5, 1953, he was united in marriage to Jean F. Smith Marks, who survives. Also surviving are one son Charles R. Marks and wife Nancy of Buckhannon; one grandson Joshua Marks of Buckhannon; one sister Doris Wise of Bucyrus, OH; two brothers: Fred Marks and wife Patsy of Gaithersburg, MD and Carnie Marks and wife Dawn of Tucson, AZ; and two sisters-in-law: Carolyn and husband Elmer Tenney and Louise Dean, both of Buckhannon. In addition to his parents, he was preceded in death by one sister Marjorie Gerwig and one brother J.J. Marks. Mr. Marks was a graduate of the Normantown High School and Glenville State College and was a veteran of the U.S. Air Force, having been stationed in Japan for part of his service. He spent most of his working career as a math teacher and coach at Woodward High School and Damascus High School, both in Maryland. He and Jean were instrumental in starting Greenridge Baptist Church in Clarksburg, MD, which is now a very large and successful congregation. He also owned a portable lumber business and was a member of the First Baptist Church of Buckhannon. The family will receive friends from 4-7:00 PM, on Sunday, March 5, 2017, at the Heavner and Cutright Funeral Chapel. The funeral will be held at 11:00 AM, on Monday, March 6, 2017, at the funeral chapel, with the Rev. Jay Teodoro officiating. Interment will follow in the Buckhannon Memorial Park, where the Upshur County Honor Guard will conduct military honors. In lieu of flowers, donations may be made to West Virginia Hospice.

The family of Charles R. Marks created this Life Tributes page to make it easy to share your memories.

Send flowers to the Marks family.