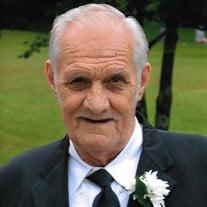 Charles P. Ashcraft, age 78, of Grand Camp Road, French Creek, died Wednesday, August 17, 2016, at his home. He was born on July 7, 1938, in Clarksburg, WV, a son of the late Charles Ernest and Hazel Anderson Ashcraft. On November 18, 1955, he was united in marriage to Betty L. Tenney Ashcraft, who survives. Also surviving are three sons: Cory Ashcraft and wife Stacey of French Creek, Charles Ashcraft of Cleveland, OH, and Kenneth Ashcraft of North Royalton, OH; one daughter Mary Kirk of North Royalton; ten grandchildren; and nine great grandchildren. In addition to his parents, he was preceded in death by one son Anthony Ashcraft and one daughter Credia Ashcraft. The family will receive friends on Friday, August 19, 2016, from 5-8:00 PM, at the Heavner and Cutright Funeral Chapel. The funeral will be held on Saturday, August 20, 2016, at 10:00 AM, at the funeral chapel with the Rev. Robert F. Heavner officiating. Interment will follow in the Mt. Olive Cemetery at Hinkleville.

The family of Charles Phillip Ashcraft created this Life Tributes page to make it easy to share your memories.

Send flowers to the Ashcraft family.