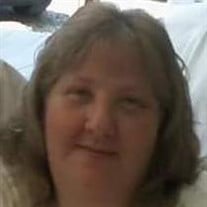 Billiejo Tenney, age 43, of French Creek, the Brooks Hill Community, died Wednesday, February 22, 2017, at Ruby Memorial Hospital in Morgantown. She was born April 9, 1973, in Erie, PA, a daughter of the late Roger Lee Silman. She is survived by her mother, Sharon Lee Herring Robinson and stepfather James Robinson of Philippi. She was united in marriage on December 14, 1991, to Allen F. Tenney, II, who survives. She is also survived by three brothers: Carl F. Bierig and Scott Allen Bierig, both of Ohio, and Roger Lee Silman, Jr. of Erie, PA; two sisters: Tiffany Cutlip of Philippi and Barbara Howard of North Carolina; and several nieces and nephews. In addition to her father, she was preceded in death by one sister Pamela Ann Silman. Billiejo was a Christian by faith. Friends will be received at the Heavner and Cutright Funeral Chapel on Saturday, February 25, 2017, from 10-11:00 AM, the funeral hour, with Rev. Mark Davis officiating. Interment will follow in the Brooks Hill Cemetery. In lieu of flowers, the family has requested donations be made to the funeral chapel to assist with funeral expenses.

The family of Billiejo Tenney created this Life Tributes page to make it easy to share your memories.