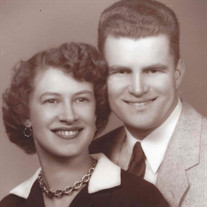 Avis Lorea Withers Nine, age 84, of Buckhannon, died Tuesday, April 4, 2017, at her home. She was born April 26, 1932, in Rock Cave, WV, a daughter of the late Robert O. and Mildred Hull Withers. She was united in marriage on August 2, 1952, to Charles E. Nine, who preceded her in death. In addition to her parents and her husband, she was also preceded in death by one son Charles Junior and one brother Scott Withers. She is survived by four daughters: Karen Nine of Buckhannon, Karla Nine of Buckhannon, Alana Johnson of Fort Collins, Colorado and Natalie Hester of Seneca, South Carolina; one son Craig Nine of Seneca, South Carolina; eight grandchildren and five great grandchildren; two brothers: Bob Withers of Buckhannon and Fred Withers of Rock Cave; and several nieces and nephews. Avis enjoyed fishing and loved to sew, play cards, and care for her family. She was one of Jehovah’s Witness, where she enjoyed the preaching work and associating with the brothers and sisters in her congregation. Memorial services will be held on Sunday, April 16, 2017, at 3:00 PM at the Kingdom Hall of Jehovah’s Witness, 439 Tallmansville Rd., Buckhannon, WV with Mark Adams officiating. In lieu of flowers, donations may be made to www.jw.org

The family of Avis Lorea Withers Nine created this Life Tributes page to make it easy to share your memories.

Send flowers to the Nine family.