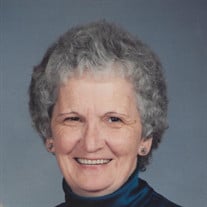 Almetta G. Andrew, age 82, of the Heaston Ridge Road, died Thursday, January 24, 2019, at Country Living Private Care Home in Jane Lew. She was born in Upshur County on February 16, 1936, a daughter of the late Ruben and Fern Lee Friend. She was united in marriage on April 4, 1953, to Richard Andrew who survives. In addition to her husband, she is also survived by four sons: Ralph Andrew, Jr. and wife Alice of Heaston Ridge, David Andrew and wife Sue of Curry Ridge, Michael Andrew of Heaston Ridge, and Adam Andrew and wife Dena of Shepherdstown, WV; nine grandchildren; several great grandchildren; three brothers: Ruben E. Friend of Rock Cave, Donnie Friend of Buckhannon, and Danny Friend of Rock Cave; one sister Carol Friend of Buckhannon; and several nieces and nephews. She was preceded in death by one granddaughter, Jackie, one grandson, Chris Spriggs, one great granddaughter, Abigail, and three brothers: Coy, Calvin, and Henry Friend. Almetta was an active member of the Heaston UM Church, the Heaston Ridge Runners Relay for Life Team, the Red Hat Society, SUBA, and the Central Upshur Lions Club. Friends will be received at the Heavner and Cutright Funeral Chapel on Saturday, January 26, 2019, from 3-5:00 PM. Funeral services will be held on Sunday, January 27, 2019, at 1:00 PM, at the Heaston UM Church with Pastor David Jessie and the Rev. Robert F. Heavner officiating. Interment will follow in the Heaston Cemetery. In lieu of flowers, donations may be made to the Upshur County Relay for Life.

The family of Almetta G. Andrew created this Life Tributes page to make it easy to share your memories.

Send flowers to the Andrew family.