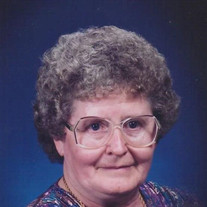 Alice Elizabeth “Betty Alice” McCue Gimmel Koon, 76, of Buckhannon, received her crown and entered her heavenly reward on Saturday, March 12, 2016, under the care of WV Hospice after a lengthy illness. She was born on May 27, 1939, in Buckhannon, WV a daughter of the late Alice Elizabeth Post McCue and Robert Russell McCue. She was united in marriage on November 24, 1960, to Kyle William Gimmel, who preceded her in death on August 25, 1967. She was united in marriage on October 8, 1982, to Richard L. Koon, who also preceded her in death on January 16, 2010. She is survived by one daughter Janet and husband Roger Jeffries of Buckhannon; one granddaughter; Michaela and husband Albert Hamrick of Tallmansville; two great grandchildren: Otto and Vance Hamrick; four step children: Denver L. Koon, Michael W. Koon, of Buckhannon, Gary L. and wife Barbara Koon of Beverly and Donna and husband Tom Davis of Buckhannon; several step grandchildren and step great grandchildren also survive. She was preceded in death by two brothers: Robert Russell, Jr. and Claude McCue. Betty Alice was a 1958 graduate of Lewis County High School. She was a very devout Christian and a member of the Tennerton United Methodist Church. She was a very loving wife, mother, grandmother and great grandmother. She was a homemaker, co-owner and farm operator from 1960-1968. She was a caregiver to her first mother-in-law until her death in June 1980, along with caring for her parents until her father’s death in March 1978 and her mother’s death in March 1988. She helped care for second husband after his illness until January 2010. She dearly loved nature, hunting and gardening. At the request of the deceased, the body was cremated and the family will have private services at a later date.

The family of Alice Elizabeth "Betty Alice" McCue Gimmel Koon created this Life Tributes page to make it easy to share your memories.